The London-based, Serbian-born artist Misha Milovanovich’s latest series of works is a collection of drawings that depict found objects floating amongst sepia clouds. The curio are supposedly random, each an artefact of purpose, a formerly loved or useful or regarded found-object, subjected to the artist’s willful repurposing, objectified according to greater notions of iconography and misappropriation.

As is the way of the pop artist, Misha’s artistic kindling lies in the world around her. She seeks tangible inspiration from objects of disuse, aligning with the ‘one man’s trash is another man’s treasure’ phenomenon, you could say – it’s the things domiciled in junkyards, marketplaces, on eBay and in thrift shops that fuel her illustrated renditions. She transforms these inanities, fecundating them with a revised public presence; they again hold meaning.

The depicted objects, expelled from obscurity through Misha’s pictorial re-presentations, take various forms. A wall jack, for example, sharply four-cornered with four legs forever outreaching to meet an imaginary socket, surreally hovers in an infinite sky. The depiction forces the wall jack, as object, into an anodyne discursive sphere, one which acknowledges its meaning as an object of domestic utility, and questions its meaning as an object symbolic of concomitant reliance on mindless energy consumption.

This abstraction is the allure to Misha’s new series. Rather than providing us with truths and answers, her work calls upon us to question, hypothesize, and take advantage of a mind-space often rendered atrophied by disuse – that which questions the presence of overlooked ubiquities, that which wonders over the disregarded minutia of our daily operations.

Is an elephant face mask a lurid vestige of last night’s debauchery, or can we simply view it as a detached rendering of festivities as a broader cultural concept? Is a levitating, bug-eyed SpongeBob SquarePants a dismissed remnant of childhoods commercialized, or a refreshing nod to the archived objects of pleasant memories of halcyon youth?

Her works anticipate such dichotomized reactions; the blatant pop-iconography, pushing further into a sphere of objectification, questions the boundaries between traditional, sentimental cultural appreciation and sycophantic, ironic mock-appreciation.

So goes Misha’s pictorial idiolect. In her current series, she brings to life inanimate figurines for repurposing, re-instilling responsibility to both the objects at hand, and the viewer to whom the mute, tacit questioning is posed.

September 2022 at the Studio

Ruth Asawa: Citizen of the Universe

Katherine Bernhardt: Why is a mushroom growing in my shower?8 Jun-29 Jul 2022, London

After The Drop: How To Manage NFT's 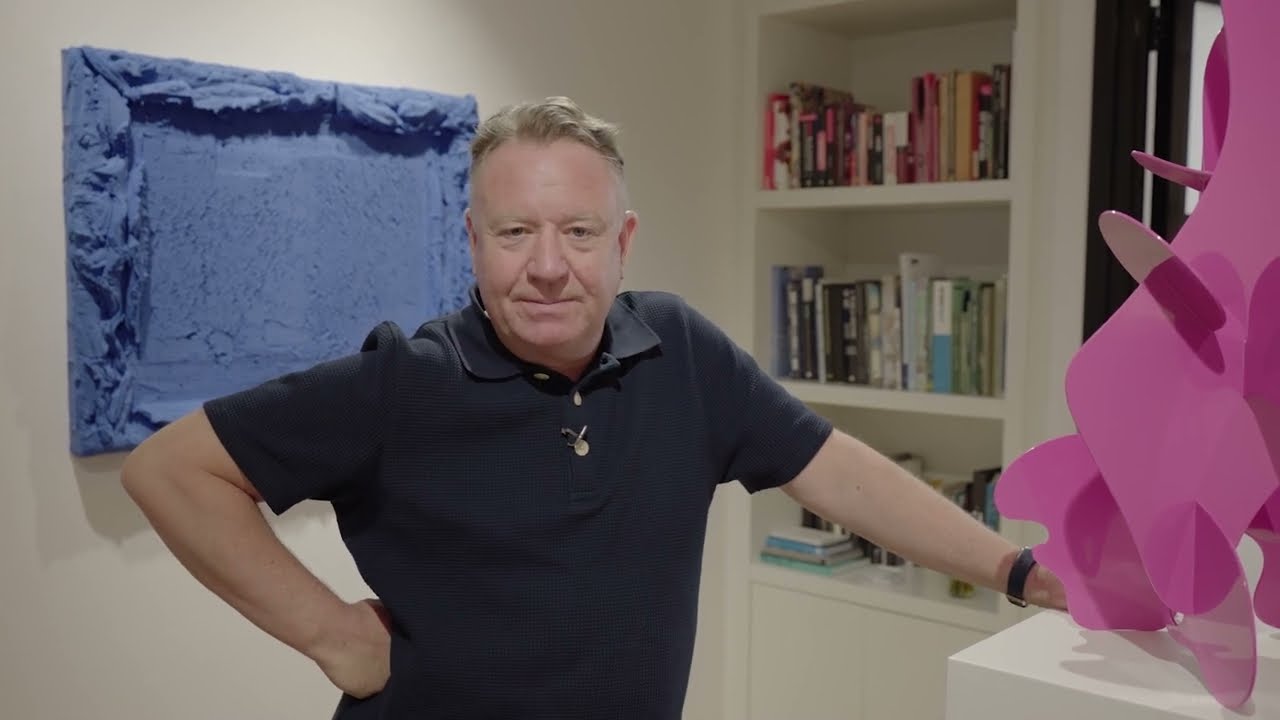 From Jerseys finest Gallerist and eloquent orator, the one and only Chris Clifford